Is it going to happen again? will he cheat again?

I don’t know about you, but I’m not sure I  believe in the “once a cheater always a cheater” cliche.

I know too many stories that didn’t turn out this way, and many couples who managed to survive infidelity and heal their relationship.

But if your husband has cheated on you, you probably want to know if he has the serial cheater personality traits, and what to do about it. It’s not about the actual physical act. It’s about trust, and about whether you’ll ever be able to trust him again.

Your husband has cheated on you, but he begs your forgiveness and swears he will never do it again. How can you tell if it’s true? can you trust him again someday?

You want to get over his affair somehow, rebuild the trust and save your marriage, but constant suspicion is eating away at you.

All your energy is consumed by watching his actions, trying to detect any hint that he is still unfaithful or that he will cheat again.

Being suspicious after his affair is more than normal. It’s expected.

But some suspicions are reasonable and others are not.

This is how to know if your cheating husband will cheat again:

I only found one credible study about serial cheating, published in the journal Archives of Sexual Behavior, which asked 484 people in relationships about their behavior.

Unfortunately, the study findings are not encouraging:

To me, this proves that serial cheating has nothing to do with the relationship, but with a deeper problem with the cheating spouse, which makes it hard for him/her to stay faithful in a relationship.

6 Signs He Will Cheat Again

Here are the 6 signs of a serial cheating spouse, and the serial cheater personality traits: If he doesn’t even apologize for his back-stabbing actions, raise the red flag.

If he doesn’t show any remorse and tries to blame it all on you (by accusing you of not satisfying his needs or caring enough), he is probably on his way out of the marriage or planning his next affair.

The “quality” of the apology is another unmistakable sign.

If he just said “sorry” a couple of times, or avoids the topic by saying “I’ve already said I’m sorry, so let’s not bring it up again”, he clearly does not regret his actions or takes any responsibility for them.

On the other hand, if he understands and identifies with your pain, acknowledges the wrong that he has done to you, and states that he is fully committed to saving your marriage – he is less likely to become a serial cheater.

2. He doesn’t want to listen to you 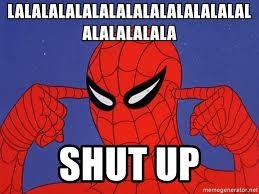 If not, if he runs away from every conversation about cheating, it’s bad news. It means that he doesn’t want to feel guilty about something he may do AGAIN.

If he is being defensive, secretive, or otherwise less open, there may be something going on behind your back.

Discussing the affair details is critical for the injured spouse’s healing process, but it has to be done the right way.

👉 See how to cope with his emotional affair

This one is pretty obvious:

If he is having a long-time affair with another woman and refuses to cut contact with her (usually by using all kinds of excuses like “I work with her every day”, “I’ll lose my job”, “she threatens to hurt herself” etc),  he may be planning to continue the affair until he decides if to stay married to you or not.

In other words, he wants to have his cake and eat it too.

This situation may require an ultimatum unless you are willing to allow your husband both a wife and a girlfriend.

👉 See the 7 types of marital infidelity to find which one applies to you and what to do about it – HERE.

4. He is always unsatisfied sexually

According to research, the second most common reason for men to cheat (the first one is the lack of emotional attention) is the quantity of sex in their marriage (not quality).

Some people have a high sex drive while others are less interested in a lot of sex.

If your husband wants sex all the time and is constantly frustrated by the quantity of your sex life, he’s more likely to cheat again. Serial cheaters were found to be addicted to the excitement of a new affair.

Some people just think they are entitled to cheat. Their general opinions about gender roles, their role in society, or their cultural upbringing, make them believe they have a right to cheat.

This type of person is more likely to cheat without remorse or guilt (Remember sign #1?).

6. He is afraid or anxious

This sign is a little confusing, but nonetheless true.

If your husband suffers from performance anxiety or sexual anxiety and has low self-esteem, he is more likely to become a serial cheater.

The type of cheating will probably be one-night stands or paid sex because it involves women who he doesn’t care about and therefore doesn’t feel he has anything to prove to them.

Performance anxiety tends to disappear when you have anonymous, emotionless sex.

Weirdly, this is a sign that he still cares about you and is exhausted from feeling inadequate in bed and disappointing to the woman he loves.

How to Cope with a Serial Cheating Spouse Pay close attention, this is the most important message in this article.

If the two of you (that means you too) don’t take the necessary steps to rebuild trust, restore the honesty and resolve the issues that led to this marriage-shattering crisis, I guarantee that he will cheat AGAIN.

If you don’t fix a flat tire, the car will eventually break down. If your relationship doesn’t evolve to a better one, it’s only a matter of time until he cheats again.

Attempting to do this alone is a huge mistake. I have seen too many couples get caught in a vicious cycle of anger and resentment, trapped in suspicion and pain until they had no choice but to end it.

For example, you can try to go to marriage counseling.

If he doesn’t want to (many cheating spouses don’t want to, since they are afraid of being solely blamed for the marital problems), there are still ways for you to save your marriage alone.

👉 Here’s the best place to start, where you’ll get 5 free marriage assessments as well.

Why Do Serial Cheaters Want to Stay Married?

There could be many reasons for a serial cheating husband to want to stay married, and all of them represent an inner conflict. Married life is comfortable, and stable and includes many lifestyle habits that are hard to break. Serial cheaters enjoy all of these benefits, plus the sexual freedom of a single man.

Narcissistic people are able to live this double life without any regard for the pain they cause to their spouses. Others just don’t have an exit plan. It is possible for a serial cheater to love his wife, but his definition of love has to be quite different than his wife.

Want to know the odds of him cheating again?

Once a Cheater, Always a Cheater? Infographic

If you want the infographic, which examines all 7 types of affairs, plus additional important information, Go Here.